Not yet, however, Canada is reconsidering reopening to tourists in a ‘phased’ approach: Trudeau

Ottawa is looking at taking a phased approach to welcoming back international visitors as COVID-19 restrictions loosen — but Prime Minister Justin Trudeau says the focus now is on avoiding the fourth wave.

Federal officials have looked to restrict the movement of non-essential travelers for more than a year, even banning at times direct flights from countries like India and the U.K. as variants of COVID-19 have raised concerns.

Trudeau said he expects high interest from overseas travelers to visit Canada as those restrictions eventually ease because of vaccination uptake rates and case counts that are better than peer countries.

Anyone coming to Canada would need to be fully vaccinated before arriving, Trudeau said during an afternoon event, because the country can’t risk another wave of COVID-19.

A fourth wave would be devastating to businesses and the morale of the country, Trudeau said. 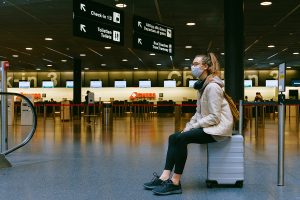 He added the government is looking at ways to start welcoming back visitors from abroad as case counts come down at home, in the United States, and elsewhere around the world to keep Canadians safe, but also help the country’s beleaguered tourism sector.

“Not only have we managed to keep case counts low and manage throughout this pandemic in most parts of the country, but we are also extremely high in terms of vaccination numbers, and that is going to be reassuring to a lot of people who maybe want to travel but don’t want to be putting their families at risk,” Trudeau said in a virtual appearance at an event hosted by the St. John’s Board of Trade.

“We’re not going to get ahead of ourselves,” he added a moment later.

Tourism ministers around the world have spoken for months about how to restart international tourism that has plunged because of the pandemic, with new rules landing just as summer travel season is set to pick up and fuelled by pent-up travel demand.

The European Union is allowing travellers from a handful of countries to visit the continent this summer, and several of the bloc’s members have their own rules layered on top of that about who needs a COVID-19 test before arrival.

First, though, provincial travel restrictions need to loosen. Federal and provincial tourism ministers have previously agreed to first promote travel within regions, once it is safer to do so than within provinces, before ultimately attracting international visitors.

“Canadians are going to be really keen on tourism, on getting out there, on leaving their community,” Trudeau said.

April’s federal budget promised an injection of $1 billion over three years, starting this fiscal year, for the tourism and festival industry forced to close or cancel events because of public health measures.

Some of the budget money will go to help cover the costs of innovative solutions to connect with festivalgoers and help hard-hit downtown cores by extension.